According to the blockchain principle, a transaction is considered to be performed when digital currency is deposited or withdrawn. It is necessary to ensure the uniqueness of this transaction through the confirmation of other nodes in the blockchain.

The duration of confirmation of transactions on the blockchain is determined by a variety of factors, such as the difference between the underlying protocols of different blockchains, the current congestion on the chain, etc.

When the deposit does not reach the number of times of confirmation specified by the platform, it is unsafely credited. The corresponding assets will be determined as unsafe credited assets. Only after the assets are safely credited, users can withdraw the assets.

During the waiting process, you can check whether the deposit assets have been safely credited by going to Financial Records, which is as shown in the image: 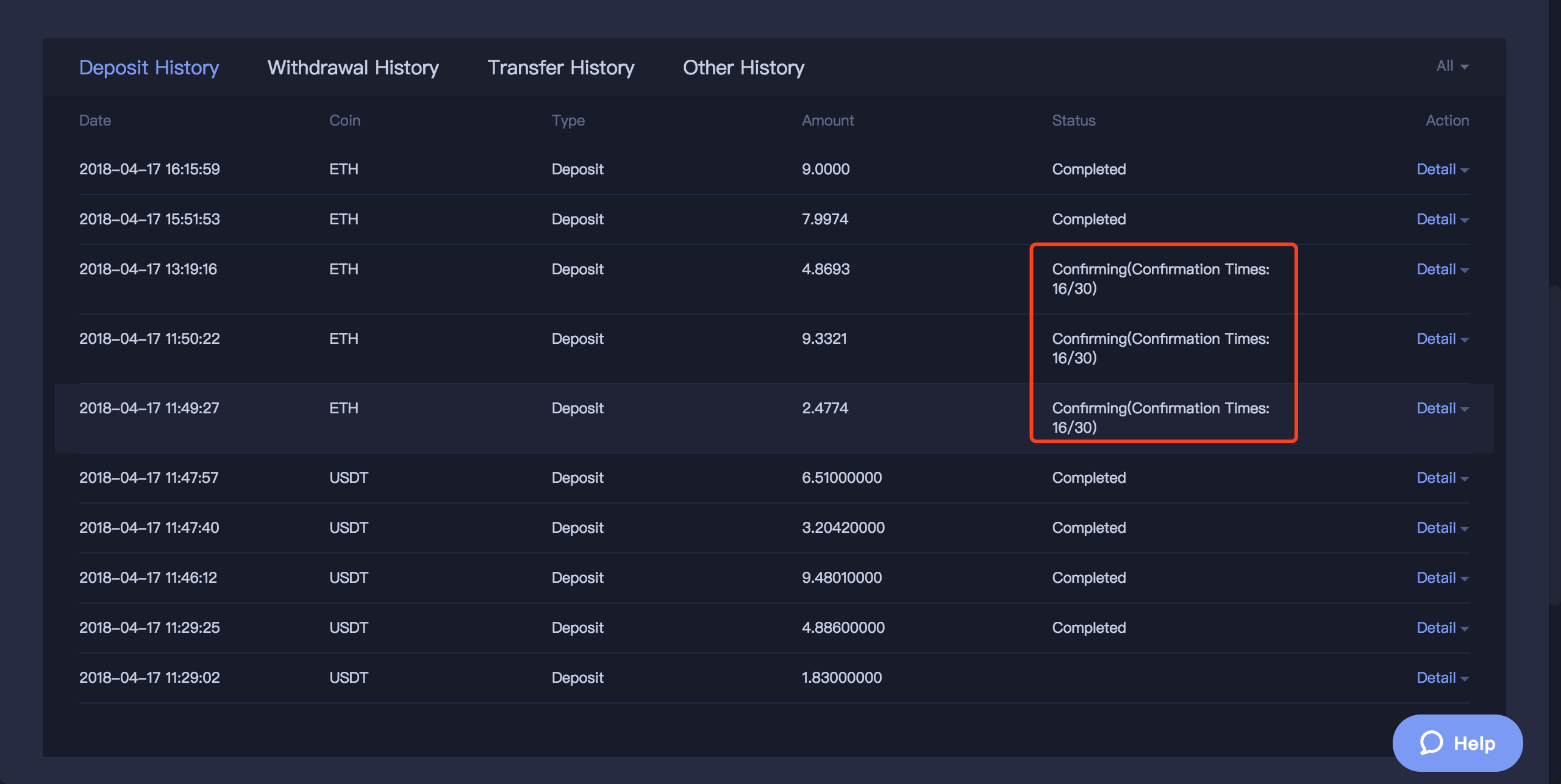