Project Introduction
Reserve aims to build a stable, decentralized, asset-backed cryptocurrency and a digital payment system that scales supply with demand and maintains 100% or more collateral backing. Ultimately, Reserve’s goal is to create a universal store of value – particularly in regions with unreliable banking infrastructure and regions where hyperinflation is an issue. The Reserve system will interact with three kinds of tokens: (1) The Reserve token (RSV), which is a stable cryptocurrency that can be held and spent the way we use normal fiat money; (2) The Reserve Rights token (RSR), a protocol token used to facilitate the stability of RSV – this is the token we will list through Huobi Prime; (3) A growing variety of tokenized real-world assets (such as other stablecoins) that are held by the Reserve smart contract to back RSV. The Reserve project is backed by people like PayPal co-founder Peter Thiel, YCombinator Chairman Sam Altman, and other influential Silicon Valley and crypto investors. 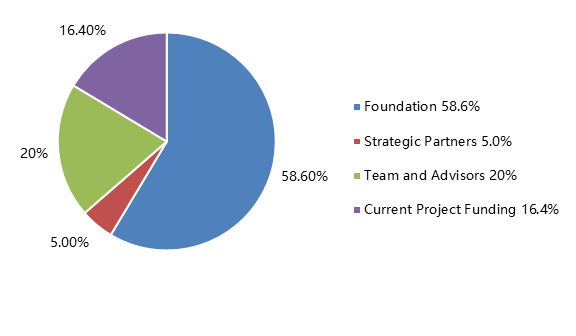